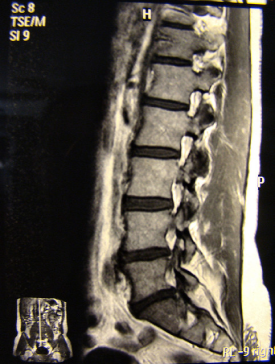 When folks experience back pain, it’s human nature to want to know what’s wrong there. It’s not uncommon for clients to ask for an MRI image or a CT scan. The common thinking is if we can find out what’s exactly wrong in the lower back by taking an image of the back, then we can home in on the area and treat it accordingly.

But are they really helpful?

Routine imaging given by primary care physicians for LBP (lower back pain) is still common in spite of current guidelines and best practice protocol. Not only are lower back pain complaints the number one musculoskeletal complaint globally, treatments are increasingly becoming more prevalent as well. Medical prescriptions, surgeries, and steroid injections are overly prescribed by primary physicians based on abnormalities they see on imaging results.

One study compared the efficacy of early imaging and compared it to another group who just received usual routine care and there was no big difference at both 3 month and 6-12 month follow-up. (Chou, Fu, Carrino, and Deyo, 2009). There was no advantage for early scans.

Understandably, patients want to know the origins/cause(s) of their back pain but the technology is so sensitive it can detect the slightest of changes within the back. These changes obstruct progress, create false alarms, and act as a source of anxiety, fear, and worry. Evidence has suggested that MRI findings for non traumatic cases lead to poorer outcomes, more disability, work absenteeism because patients believe the problem is far worse than it already is (Deyo, 2013).

One group of researchers followed a small group of hospital volunteers who have had a history of LBP for 10 years (Tonosu, Oka, Higashikawa, Okazaki, Tanka, and Matsudaira, 2017). They took MRI scans of their back at the start of the study and then took another 10 years later.

This tell us that the progress of disc changes are not associated with predicting future LBP.

The Downside of Imaging

Unnecessary and immediate imaging negatively influences a patient’s beliefs and outcomes. It may be necessary to detect ‘red flags’ in case there are tumors, infections, fractures, and cauda equina syndrome. For more on the best current guidelines on LBP, you can check them out on a previous post. But physicians are urged to advocate for conservative treatment to allow for the natural history of recovery from LBP episodes and delay immediate tests.

The purpose of medical imaging is twofold: 1) to provide accurate anatomical information and;  2) to assist in clinical decision-making. With this guideline in mind, another interesting study delved into how accurate MRI findings are and if it helps any for the prognosis and outcomes for patients.

Regardless of whether one group knew their MR image, they still got better. In fact, the group who knew about their ‘abnormalities’ reported they had a ‘lesser sense of well being.’

Some reasons why physicians may still have a knee-jerk response for quick imaging in spite of going against clinical guidelines is they feel pressure to provide reassurance to clients, comply with patient demands to allay fears, lack of adherence to current evidence, and economic incentives for intensive treatments.

After conservative care isn’t helpful in a month’s time, then an MRI might be called for. It could serve as part of a diagnostic tool for surgical candidates. Other than that, it is my humble opinion that physicians are overtreating, overtesting, overdiagnosing, and seriously hindering a healing process that humans are so naturally superb at. When it comes to acute lower back pain that is.

So next time you experience an acute back pain episode, I suggest not to run to your doctor and ask for imaging done. My hope is he/she really delays this request.

I hope it’s pretty clear to you by now the medical world and researchers are still trying to figure out how helpful MRIs and CT scans are when it comes to musculoskeletal aches and pains. We know there are so many components that make up the lower back and no image can singularly point out what the cause of your pain is.

Back to my back pain guidelines again, we know an acute episode is a very human experience (about 90% of us have one episode in our lives), it usually subsides in 2-6 weeks, serious incidents only occur in 1% of cases, and hopefully by now you’ve got the hint that imaging is poorly correlated with how much pain one experiences and its outcome. In fact, knowing what’s in your test may create more anxiety, fear, and bolster your belief that something is seriously wrecked back there.