Is core stability exercise better than alternate forms for low back pain? 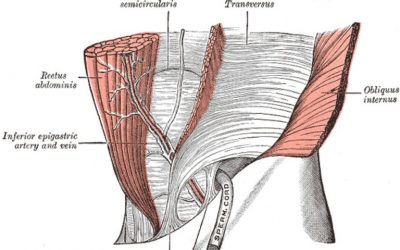 If you’ve ever experienced lower back pain, you may have come across some explanations why it might be happening. One popular explanation is the idea that your core might is weak or needs strengthening. God knows I hear it from clients – as if I’m some priest listening to confessionals, he/she will admit that they’re doing themselves a disservice by neglecting this in their lives. Or some therapists have told them their core is to blame.

I’m not exactly sure how the conception of ‘core strengthening’ or ‘core stabilization’ has been so in vogue.

There has been research that demonstrated there was a slight delay in the contraction of the TA (transversus abdominis) muscles in folks with lower back pain. So the assumption was that this delay meant there’s a deficit in motor control, therefore a lack of stabilization in the spine (Ferreira et al., 2010).

That’s why some therapists will teach clients to contract the TA in order to stabilize the spine. And that it’s this lack of stability causing lower back pain.

‘Core stability’ exercises have been a very popular prescription for lower back pain issues.

But is it any better than other forms of exercise?

An updated review by Smith, Littlewood, and May (2014), looked into this question and pretty much solidified previous systematic reviews concluding that stabilization exercises were no better than general forms of exercise.

Firmer conclusions can be drawn from this review I’m referencing because the studies they drew from solely used stabilization exercises. Prior reviews included studies using stabilization in the entire package of care.

Although core stability exercises did help with lower back pain, no preference can be given to it. Other forms of exercise were just as effective as far as pain and disability goes. It’s unlikely further studies will alter this conclusion as well.

So for those who reported less pain and disability utilizing core stability exercises, does this mean their backs got stronger? Yes, could be.

Does this mean we shouldn’t use core stability exercises for low back pain? Absolutely not. Movement can be helpful.

But I’m willing to bet other psychosocial factors were at play such as:

Also, if core stabilization isn’t correcting dysfunction, then perhaps it’ll behoove us as therapists not to rely on knee-jerk therapeutic interventions that are wildly popular. Sure, use stability exercises but I suggest not to tell clients it’s because the spine is ‘unstable’ or ‘weak.’ Use them because movement is a natural painkiller and it offers a novel stimulus to counteract the troubling sensations of discomfort of the lower back.

Because there isn’t a clear winner, this frees us up to use movement and exercise in a way that’s fun and client-centered. A client can do things they like to do and still reduce pain and disability, and feel in control of their symptoms and overall lives. That sounds like a ‘win-win’ to me.

Barring recent injuries and physical insults, pathologizing our anatomy just isn’t reflective of current evidence. It creates fear and distrust of our bodies and forms maladaptive beliefs, whether consciously or not, that we’re inherently fragile.

Bottom line: It’s helpful to move. The type of movement isn’t as vital to recovery and/or pain reduction. Trust your body. And trust that it’s strong, resilient, and very adaptable.